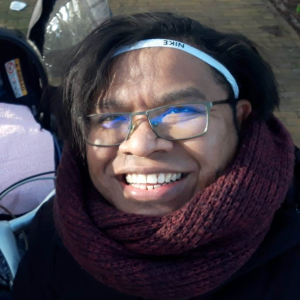 What I Can Think Of Religion and Violence

Religion and violence, these two words seem to oppose each other, religion is geared to bind (religare) people together while violence is inclined to rend bonds between people apart.

Religion and violence, these two words seem to oppose each other, religion is geared to bind (religare) people together while violence is inclined to rend bonds between people apart. Our world today and the past, partly tells us that religion is quite susceptible to be the breeding ground for various types of negativities, we have known some of them such as religious war, lynching, bombing, sexual abuse, pogrom, and desecrations. It is also important to agree that such negativities are not exclusive to one religion, but they are pervasive in almost every religion.

Religion is a set of beliefs, practices, world views, and life modes that shape those who embrace it. Violence that is encouraged by religions is not only destructive to those who are subject to violent behaviors but also corrosive towards religions itself. So, using violence to convey religion is a self-defeating strategy.

In the face of religion and violence, there are two positions that have different stances on religions. The sceptics are often critical towards religion, venting despair instantly on the ground that what they rigorously observe to be ideal characteristics of religion are far from existence. So, the doubled face of religion will likely generate more skepticism and flare up the schism. On the other side of the spectrum is the optimist’s take. The optimists are trying to uphold that there would be no learning curve; there would be no power engine to ignite possibilities of redefinitions, if religion was supposed to be heavenly in a heavenless territory of wobbly humans.  However, do not get the optimists wrong, they do not, event tacitly, encourage that there ought to be cracks of religion for the enlightenment ingredients.

Read Also Caring for Indonesianness: A Brief Reflection on The Independence Day of Indonesia

Above all, we should agree that steering clear violence of our religious narrow-mindedness is the most preferred by all, by the believers and the irreligious, perhaps by a genuine zealot who is just admirable for his critical ability to examine relentlessly what he professes. So, neither a pessimist nor an optimist, we should cement a bold hope like nailing colors to the mast, though a bit idealistic, a void of any streams of violent behavior is the best.

I assume every single Indonesian desires such hope for a continued evocation of a country that committed to abhor religion-inspiring violent behaviors or religion-based discrimination. As an Indonesian living abroad, I do desire it too, but we ought to be equipped with some homeworks of criticism.

Talking about religion-inspired violence in Indonesia, the only proud country of ours, – although quite often we denied religious substance in it – is an old topic. Why is it old? The similar intolerant acts have happened again and again, there is a point that it should get old and retired. Why does it happen again and again? My assumption is that we did not really talk about the core of the violent events sow in the field of the ordinary. What we have done is a staged discourse at the level playing field of the enlightened.

Read Also Should Young People Take a Job for a Few Years Between School and University?

The ability to perceive different features of my religious beliefs and my community endorse and what another community professes ought not to be done through a well-planned discourse. People usually let their mind working crudely and unanticipated. So, members of one religious community might judge on slay about the community of other religion and vice versa without each community knowing they are being talked about from a distance. At this level, we should check whether we as Indonesian have an optimal mind to embrace and understand the different beliefs preserved by others.

So, we should examine the mind of the citizens on everyday grind, whether they have fully gripped the influence of our discourse so far, whether they have been fed with pancasialist sermons, and whether they are encouraged instead to embolden their prejudices and falsehood. Our history book should also be able to tell about how many Ahmadis, Buddhists, Christians and their house of worships respectively have been subjected to religious violence. The Joint Regulation of the Minister of Religion and the Minister of Home Affairs No. 8 and No. 9 of 2006 concerning the Establishment of Houses of Worship indisputably has contributed to the closing of at least 200 Christian churches during past 10 years (Wijaya, 2019).

Read Also Call for Becoming a Human: A Note on The Book: “Mangun: A Novel”

In my observation, the calls for an urgent need to respect one another’s differences, on the importance of tolerance and stability for the development of the nation, on our assertion that Indonesia is a country of many religions, all such calls have always come too late. It only came after the minorities suffered from raid, bombings, and killing, stoning and arson attacks. More strikingly, such events often happen again after a Pancasialist message by the top. The condemnations seem to beget rebred-violence rather than stamping out the fire.

This obstinacy of intolerant impulses is not only sullying our nationalist identity but also questioning the very foundation of our discourse on religious tolerance and the nation which does not affiliate with any religion. On the contrary, it has been that after all the talks and all the sermons on the value of tolerance, Pancasila, and UUD 1945, the minorities of the country have not fully experienced its fruits, that they ought to be undoubtedly protected like any other citizens is no more than a platitude in a stump speech.

I propose a sort of quasi-thought experiment by turning our imagination of reversed real practices. Let us imagine what would stay if we decided to pay less heed on our formal discourse at the expert level. Formal discourse here means our staged discussions, our nationalist caveats, and our fora initiatives that cover tolerance topics. Imagine we gave up now our public rhetoric, our organized speeches-motivating tolerance, and our normative discussion on the ideal theory about our nation. What would stay out? Consequently clearly, there would easily less and less formal discourse on what we view as important for the nation. However, one might argue, there are still one layer hovers beneath it, is the time to execute in practice the commitments have been articulated from formal discourses. Yet, it is an obsolete echo, raised also in our discourses.

Read Also Why We Are Marxist?

A critical living a religious life would be a hope for what we should depart from and this is squarely depending on our religious educations. The religious education inspires its believers to have a desire to get to know the religion of others at the epistemic level and being open-minded in their religious view. Being open minded believers is not to weaken our beliefs but to enforce it and even necessitates it because self-enforcement is just a soft form of radicalism. What we have done responsibly is to execute our ability to reflect on what has happened, our ability to link religions institutionally, discursively but what we have not done adequately is empowering ordinary believers to have a critical religious living. This is the task of our educational institutions and religious institutions to find ways for empowering the people to live a religious life critically. ***

Religion and violence, these two words seem to oppose each other, religion is geared to bind (religare) people together while violence is inclined to rend bonds between people apart.